It has been 16 years since we started Lark and Larks, and we’re celebrating our birthday on 23rd April 2019.

We started back in 2003, founded by two brothers – Steve and Mick Larkin – in a back bedroom. With no showroom and no suppliers, we began by drumming up business in the local area through flyering. Since then, the business has grown to one that does £3 million in annual turnover, with a workforce of over 30 employees. 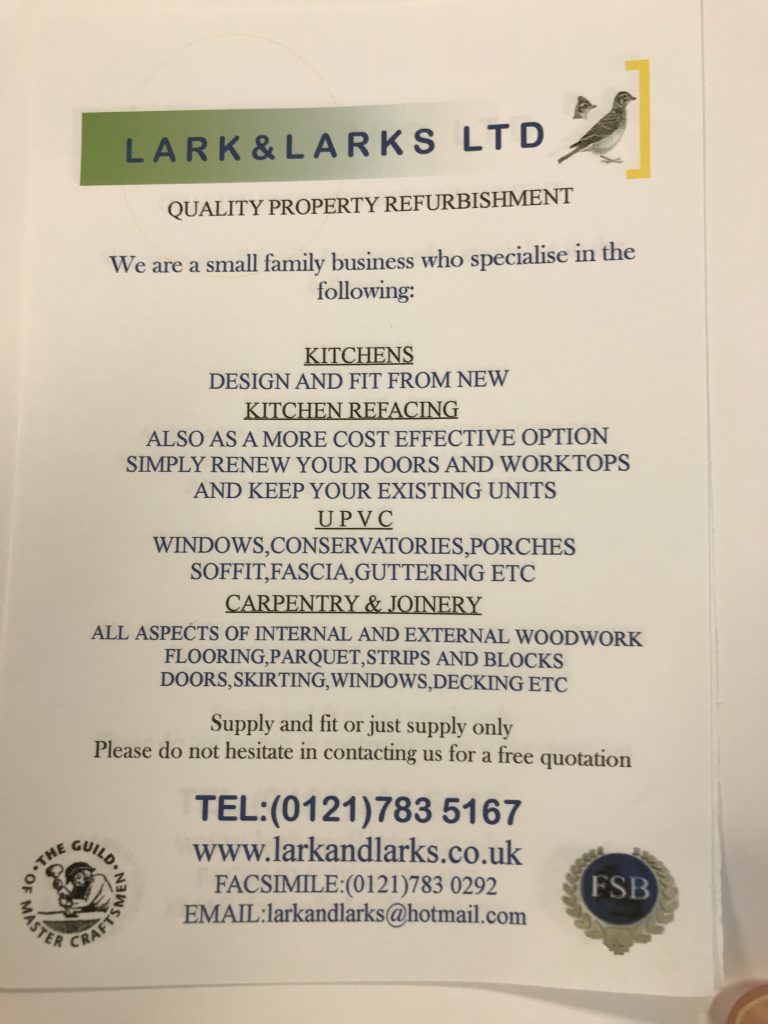 An original Lark and Larks flyer

We’re deeply proud of the strides we’ve made since our humble beginnings 16 years ago. We’ve managed this growth without the need for government grants, relying instead on the passion and hard work of our tight-knit team.

Before co-founding Lark and Larks, Steve worked for Mereway Group, leading kitchen manufacturers and exclusive suppliers to John Lewis. His five years of experience there taught him the benefits of offering a solid range built using high-quality materials.

In 2005, we launched our first retail website, offering made-to-measure kitchens, bedrooms, kitchen doors and kitchen carcasses direct to the public. Today this website is in its 7th generation and receives over 30,000 unique visits per month.

We’ve got a whole host of exciting plans for the rest of the year and moving into 2020. We’ve just bought a new factory premises, with £1.5million worth of investment into buying the new unit, upgraded machinery and office improvements. We’re also in the final stages of launching a new trade website, which will allow online ordering for trade customers. By the end of next year, we’re aiming to grow the current team to around 50 staff.

We’ve always been a family business, and this remains the case even as we grow. All five Larkin siblings work for the company, both in the office and across the assembly line. Another brother – Martin Larkin – joined the team in 2016 as a Director to head up operations, which included introducing an apprentice scheme and new manufacturing processes.

Over the past three years, we’ve employed nine apprentices; six of these are now fully qualified CNC operators and have been working for the company for over two years. We’re also hugely proud to continuously support the local cancer support charity Help Harry Help Others, and have been doing since it was launched in 2012.

As part of our birthday celebrations, we’ll be offering 10% off our range of rigid bedroom and kitchen units, selected wardrobe and kitchen doors and selected handles from 23rd April 2019 until the end of the month.